FAB, the UAE’s largest bank and one of the world’s largest financial institutions offers an extensive range of tailor-made solutions, and products and services, to prov... Read More

Mashreq has provided banking and financial services to millions of customers and businesses since 1967.

We are one of UAE\'s leading financial institutions with a growing ret... Read More

HSBC is one of the world’s largest banking and financial services organisations. We serve around 38 million customers through four global businesses: Retail Banking and Wealth Management, Com... Read More

Over the decades, CBD has transformed into a progressive and modern banking institution. We are supported by a sturdy financial base led by a strong and stable management, as proven by our clients ... Read More

Standard Chartered launched in the UAE in 1958. More than 50 years later, we have the most extensive branch network among foreign international banks with 11 branches, 5 Electronic Banking Units an... Read More

RAKBANK, also known as the National Bank of Ras Al Khaimah (P.J.S.C), is one of the oldest and most dynamic banks in the UAE. Founded in 1976, the Bank underwent a ... Read More

As one of the most well-respected corporate banks in the UAE, National Bank of Fujairah is renowned for its award-winning services, unrivalled understanding of local markets and unwavering commitme... Read More

An unlimited perspective. That\'s what we offer at Bank of Sharjah. For us, corporate banking does not stop at basic account management or ad... Read More

InvestBank was established in 1975 as a public shareholding company, in the Emirates of Sharjah. Throughout its existence, the Bank has made significant advances, consolidating its structure and es... Read More

The National Bank of Kuwait (NBK) UAE was set up in 2008 by opening its first branch in Dubai to capture Kuwaiti linkages and service Group relationships locally. The branch offers full commercial ... Read More 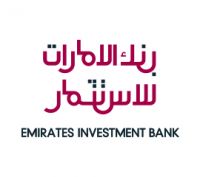 Emirates Investment Bank was founded in 1976 by three prominent UAE business families with an initial focus on financing of industrial projects. Over time, the focus shifted to asset management ser... Read More

Arab Bank for Investment & Foreign Trade (Al Masraf) was established in November 1975 and started its banking operations according to the Federal Decree no. 50 issued and signed by His Highness... Read More